Ashish Hemrajani a name which was very common until he became a name in himself. And he started his career as he was interested in management and all that stuff, so he got a chance to work with a leading company ‘Walter Thompson Company’. In Walter’s company, Ashish worked as account management and client management and he did a good job in it.

One fine day Ashish Hemrajani was listening to a radio program and in that program, there were talks about Rugby ticket promotion, so Ashish was quite impressed by that programme and then after giving it a thought an idea popped into Ashish’s mind and then there at that time, Ashish decided to start up an online ticket booking services in India, which will be a quite big help to the people. He tried to convinces his best friends Rajesh Balpande and Parikshit Dar to join him in his idea and support him.

Ashish Hemrajani forced his friends to leave their jobs and untie in his dream project that was to sell the tickets to the people of India. Like good friends they agreed and then they established a company with a name called ‘Big Tree Entertainment Pvt Ltd’, the company was founded in 1999. Ashish Hemrajani is a fighter and as he had founded his Company in 1999. Ashish Hemrajani is the reason people could relax at home and book their tickets. Without any problem or any hustle.  The best part about Ashish was that he was just 24 years old when all this he managed to do. A young mind used in the right direction. The bedroom was their headquarters of the company, the company had gone through many ups and downs in that time, but Ashish as the CEO plus the passionate worker of the company never thought that it will not be a success. Then in New Zealand, a company made software with Multiplexes developed in it, it was the first ticket selling software of BookMyShow. Then the Big Tree Pvt Limited started a new idea to sell their tickets with a new way. So, they started selling movie tickets through phones and the Internet in that time of 1999. In that, a website was made for the customers to book tickets for stuff like movies, events, and concerts. And in that era people were not having any facility of online payment so the money for the tickets was sent to the nearby people of that company who could collect and just give it to the company. Then Ashish became the Founder of leading brand The Book My Show and then wonders. Ashish Hemrajani came into this world in the year 1975, he is currently 43 years old, he is Indian by Nationality and Hindu by Region. Ashish was born and brought in a well-off family in Mumbai Maharashtra. Where he was always taught to be disciplined, hardworking, frank. And to that matter, he had all the qualities that were taught to him. He is a full active person but doesn’t like to share his personal life with anyone. 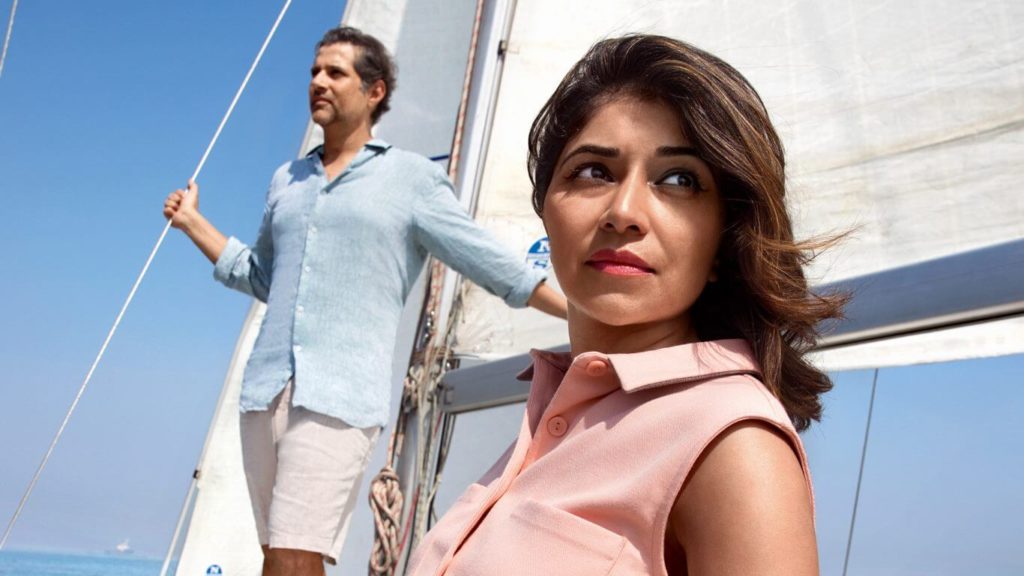 Ashish’ parents were very proud of him. Ashish completed his schooling from Maneckji Cooper Education Trust in Mumbai. Then he completed his graduation from Mithibai College that was in Juhu in Mumbai. For further studies he went to College of Commerce and Economics, Sydenham to complete his MBA. Then he went to with his two best friends to South Africa on vacation and enjoyed and from there only got an idea of all this. Ashish is married now and never discuss his family as he doesn’t like too. And he gives his success credit to his family, his wife, his parents and his lovely best friends who are more than friends.

Ashish Hemrajani is a big-time food lover and he likes all kind of food. His favourite holiday destination is Turkey and New Zealand. Ashish loves to play the piano. His favourite book to read is ‘Fortune Teller Once Told Me’. His favourite movie is ‘The Kings Speech’.

Ashish Hemrajani is 5 feet 10 inches in height, that is 1.8meters. He is 70 kg in weighs. His eye colour is natural black and hair colour to is black. His body measurement is 40 chest size, 30 waist size and 12 biceps.