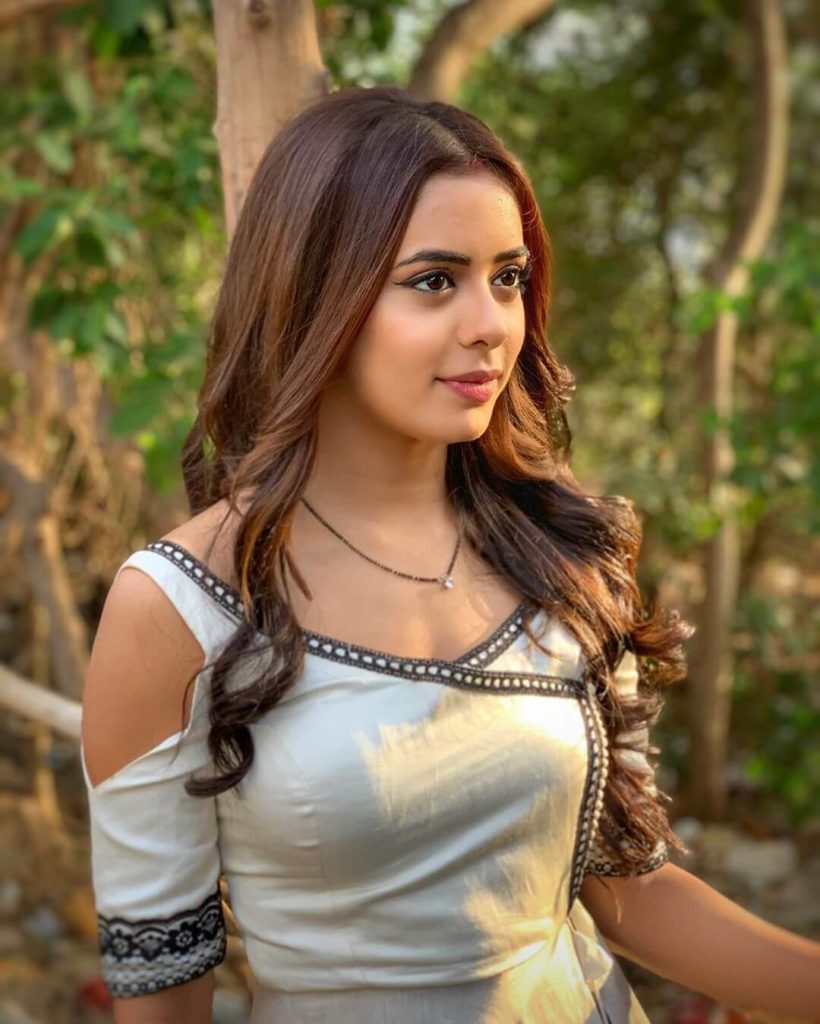 Sana Sayyad comes from a T.V industry, she loves acting and drama so her favourite actor is Ranveer Singh and Ranveer Kapoor as she loves both their acting skills and their style of working. Her favourite actress is words favourite and beautiful she is none other than Alia Bhatt.

Sana Sayyad a name which was quite normal until she started her career in modeling and thought to give it a try as it was the most interested thing Sana could do with full interest and passion. Modeling turned Sana into a  real star, then she thought to try her luck in TV shows like MT, Splitsvilla and by God grace she became the Runner up of the show which was hosted by Ranvijay and Sunny Leone, it was the 8th season which made her quite popular and she turned into a star.

In 2015 she got an amazing opportunity to play a character in Big Magic show Boyz will be Boyz, she played this role opposite Ashwini Koul. That made Sana even more famous and she got a quite large fan raise. Then in 2016 Sana got an offer from the leading channel from the television industry that was Star plus, in which Sana played the role of Aditi in the television show Jaana na dil se door. After two years Sana did a show papa by chance, which was offered to her by Star Bharat in which she played the role of Amrit kakker in which she was opposite Zebby Singh.

This was the peak of her career she was becoming successful day by day and increasing her fan. Then in February 2019 she was given a golden chance to work again and appear in another show of star plus which was Divya Drishti, in which she was asked to play Drishti Sharma opposite Nyra Banerjee and Adhvik Mahajan. Sana Sayyed was quite praised for her performance and this was the turning show of her life as he faced stardom after this show. This show ended in 2020 due to some problem.

Sana Sayyad came into this world on 29th October 1996.

Sana Sayyad is currently very young, just 22 years old. Sana was born in a normal middle-class Muslim family in Mumbai Maharashtra, when she was young her father died and left her mother and three children,

they were Sana’s sister Saba, and two brothers.

Sana was the only child who could take responsibility of her family, though her mother left no stone unturned to take care her children. As Sana went to a good school, the school was S.C.D BARFIWALA High school and completed her graduation from Mithibai Motiram Kundnani college of commerce and economics which was in Bandra. According to the chinese calendar Sana was born in the year of RAT. People who are born in the year of Rat are very clever and charming. They sometimes get curious for money. Sana Sayyad zodiac is Gemini. She is very devoted towards her family and career so she does not have time to indulge to any sort of relationship.

She loves to carry red colour as she looks good in red and it is her favourite colour as well. In her free time, she likes to include herself in some productive work like reading, running, cycling and hiking. She is a big-time foodie and loves to eat a lot, her favourite food is south Indian cuisine in which she loves to eat dosa, idly, and what not.

Her favourite destination to relax and be comfortable is Goa, she loves the environment the beaches and the peace of the city she find goa one of the best place in the country.

Sana Sayyad is 5 feet 5 inches, 165cm,1.65meeter in height and she weights 52kg that is 114 pounds and her eye colour is natural black and looks beautiful on her, her hair colour is also naturally black but sometimes she dies it to brown. Her body measurement is 32 breast size and 28 waist size and 32 hip size.

Sana Sayyad had one boyfriend which was the co contestant of Splitsvilla 8, he was Utkarsh Gupta.

She was again doubted for dating her co actor Ashwini Kul.