Kartik Aaryan is a young and most handsome actor in the modern film industry, who has achieved huge fans in this field. He got his fan following after the comedy and romantic movie “Pyaar ka punchnama” of Luv Ranjan. And recently, he has wrapped up with Sara Ali khan movies of Imtiaz Ali’s film. Now he is preparing himself for Dostana 2 with Lakshya Lalwani and Jahnvi Kapoor.

Kartik Aaryan is from Madhya Pradesh where he born in 1988, in Gwalior on the month of November 22. St. Paul’s school is the Kartik School from where he did his elementary studies. Further, he registered himself for standard studies in Kiddy’s school, Gwalior. In-class 11 Kartik moved to Dehli for doing work. But, in Dehli, he does not find anything so he decided to move to The City of Dreams Mumbai.

Although, he started pursuing B.Tech in Biotechnology by registering himself at Dy Patil College, Mumbai. Kartik first priority was to give audition not to completing his engineering study.

Kartik was born in a middle-class family who was settled in Gwalior, Madhya Pradesh. in Kartik’s family, there are 4 members his father Manish Tiwari is a paediatrician,

Kartik is no more single now he is dating daughter of Saif Ali khan, most cute and lovely actress Sara Ali khan. In Previous he was with Nushrat Bharucha, from his first movie “Pyar ka punchnama”. At that time there were various rumours that he is dating Fatima Sana Sheikh.

he falls for Sara after his movie Luka Chupi with Kriti Sanon. Kartik and Sara are looking very cute together their cosy romance makes them different from others. Last month at Indian culture week Kartik came at Sara ramp show where he cheers up for her. He also dated dimple sharma

After 11 standard, Kartik move to find some work at Dehli where he got nothing. So, he decides to move to the city of dream Mumbai, where he registers for higher studies for his engineer studies. But, because he loses his interest from his studies and he uses to go for movies auditions and modeling. Later in 2011, he spotted by Luv Ranjan who allowed appearing in Pyar ka Punchnama movies.

The movie “Pyar ka punchnama” got a high rating and the character of Kartik was so good after this he got another opportunity to appear for Akash vani with the name co-star Nushrat Bharucha in 2013. Kartik also did a romantic movie of Subhash Ghai Kaanchi the Unbreakable. With the great success in “pyar ka punchnama” Luv Ranjan sign Kartik Aryan for Pyar ka Punchnama 2 in which Kartik did his best performance by giving 7.80 minutes molologue, and that was the lengthiest monologue in whole film history. Therefore, he performed in Hindi comedy movie Sonu Ke Titu Ki Sweety in 2018, which was the most auspicious, successful and highest-grossing movies. In 2019 he did a romatic comedy movie of Laxman Utekar directed in Hindi-language film Luka Chuppi, with co-star Kriti Sanon. Furthermore, Kartik is the brand ambassador Envy 1000, Mufti and Emami Fair and Handsome.

Kartik also did, remakes of movie Pati Patni Aur Woh with his co-star Ananya Panday and Bhumi Padnekar this year as well as a remake of Love aj Aur Kal with Sara Ali khan. Kartik got a various upcoming projects; producer Karan Johar signs him for his next Movie Dostana 2 with Lakshya and Jhanvi Kapoor. In the upcoming movie, both Jhanvi Kapoor and Kartik will be playing the role of siblings. 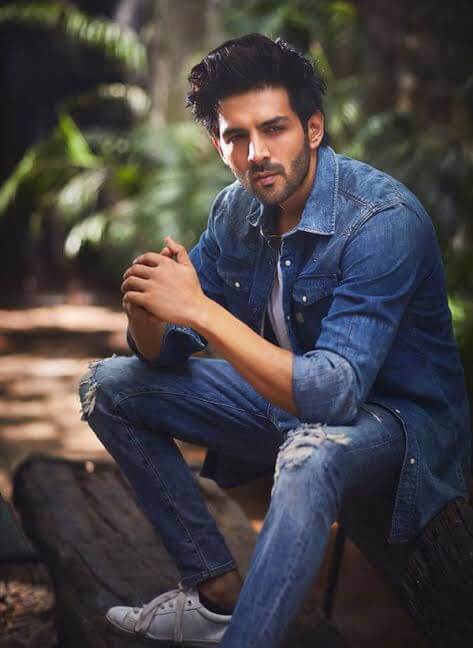 In Bhool Bhulaiyaa 2 Kartik Aryan will be signed with actress Shraddha Kapoor and Sara Ali Khan who are approached by the makers of the movie in his opposite character.

He has a huge fan following in social media, on Instagram his 15.6 million active followers who love his charming and attractive look, as well as people, follow his dressing sense. Recently, Kartik has posted his anther monologue on Instagram related to COVID-19